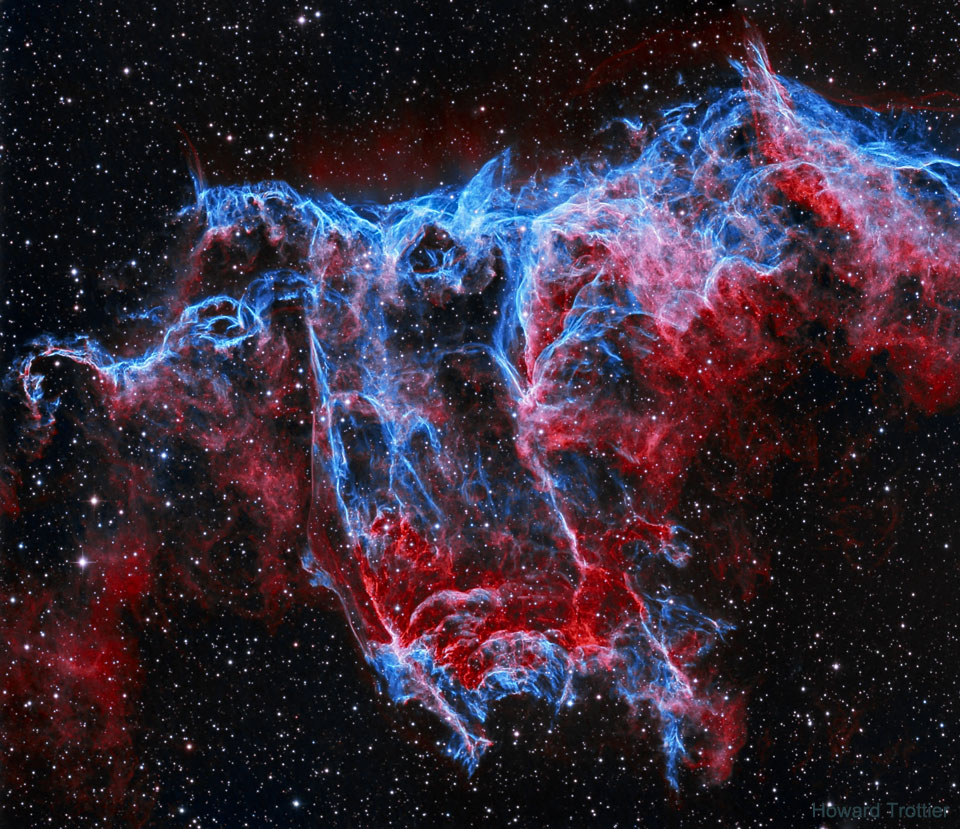 Do you see the bat? It haunts this cosmic close-up of the eastern Veil Nebula. The Veil Nebula itself is a large supernova remnant, the expanding debris cloud from the death explosion of a massive star. While the Veil is roughly circular in shape and covers nearly 3 degrees on the sky toward the constellation of the Swan (Cygnus), NGC 6995, known informally as the Bat Nebula, spans only 1/2 degree, about the apparent size of the Moon. That translates to 12 light-years at the Veil’s estimated distance, a reassuring 1,400 light-years from planet Earth. In the composite of image data recorded through narrow band filters, emission from hydrogen atoms in the remnant is shown in red with strong emission from oxygen atoms shown in hues of blue. Of course, in the western part of the Veil lies another seasonal apparition: the Witch’s Broom Nebula.

from NASA https://ift.tt/3nuu8o8
via IFTTT