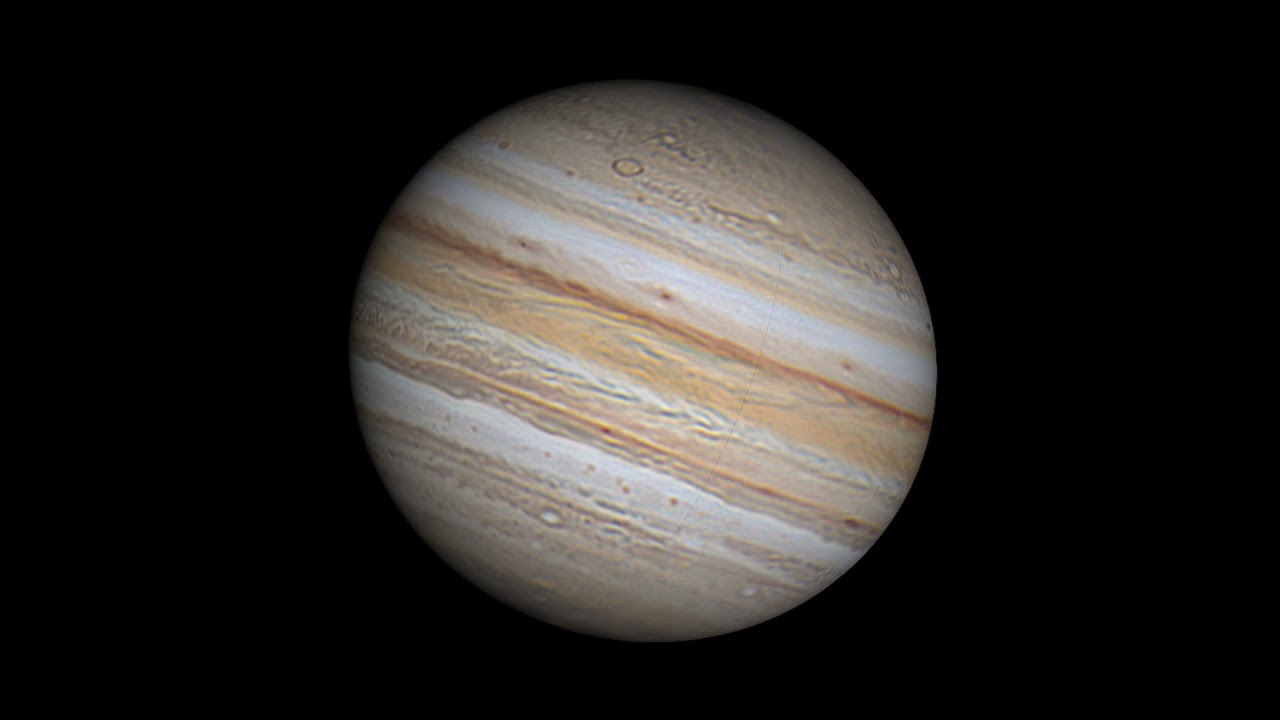 Observe the graceful twirl of our Solar System’s largest planet. Many interesting features of Jupiter’s enigmatic atmosphere, including dark belts and light zones, can be followed in detail. A careful inspection will reveal that different cloud layers rotate at slightly different speeds. The famous Great Red Spot is not visible at first — but soon rotates into view. Other smaller storm systems occasionally appear. As large as Jupiter is, it rotates in only 10 hours. Our small Earth, by comparison, takes 24 hours to complete a spin cycle. The featured high-resolution time-lapse video was captured over five nights earlier this month by a mid-sized telescope on an apartment balcony in Paris, France. Since hydrogen and helium gas are colorless, and those elements compose most of Jupiter’s expansive atmosphere, what trace elements create the observed colors of Jupiter’s clouds remains a topic of research.