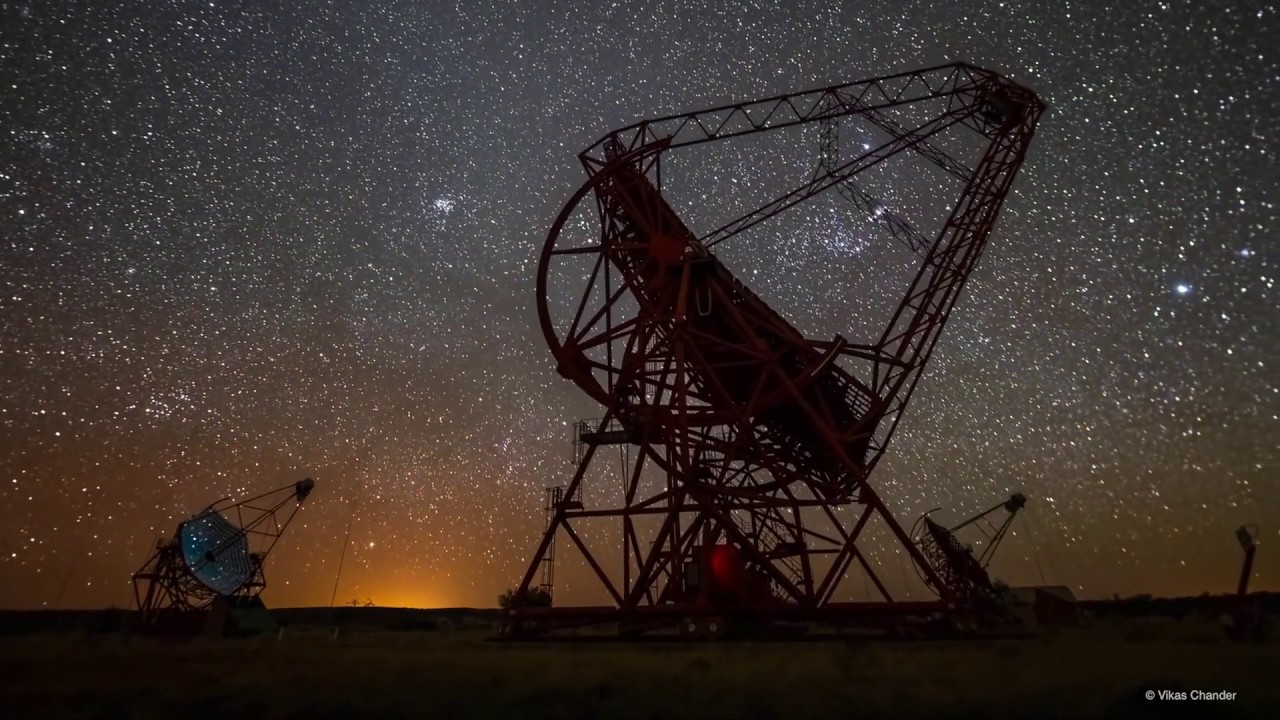 They may look like modern mechanical dinosaurs but they are enormous swiveling eyes that watch the sky. The High Energy Stereoscopic System (H.E.S.S.) Observatory is composed of four 12-meter reflecting-mirror telescopes surrounding a larger telescope housing a 28-meter mirror. They are designed to detect strange flickers of blue light — Cherenkov radiation –emitted when charged particles move slightly faster than the speed of light in air. This light is emitted when a gamma ray from a distant source strikes a molecule in Earth’s atmosphere and starts a charged-particle shower. H.E.S.S. is sensitive to some of the highest energy photons (TeV) crossing the universe. Operating since 2003 in Namibia, H.E.S.S. has searched for dark matter and has discovered over 50 sources emitting high energy radiation including supernova remnants and the centers of galaxies that contain supermassive black holes. Pictured last September, H.E.S.S. telescopes swivel and stare in time-lapse sequences shot in front of our Milky Way Galaxy and the Magellanic Clouds — as the occasional Earth-orbiting satellite zips by.

from NASA https://go.nasa.gov/2LUVtg1
via IFTTT