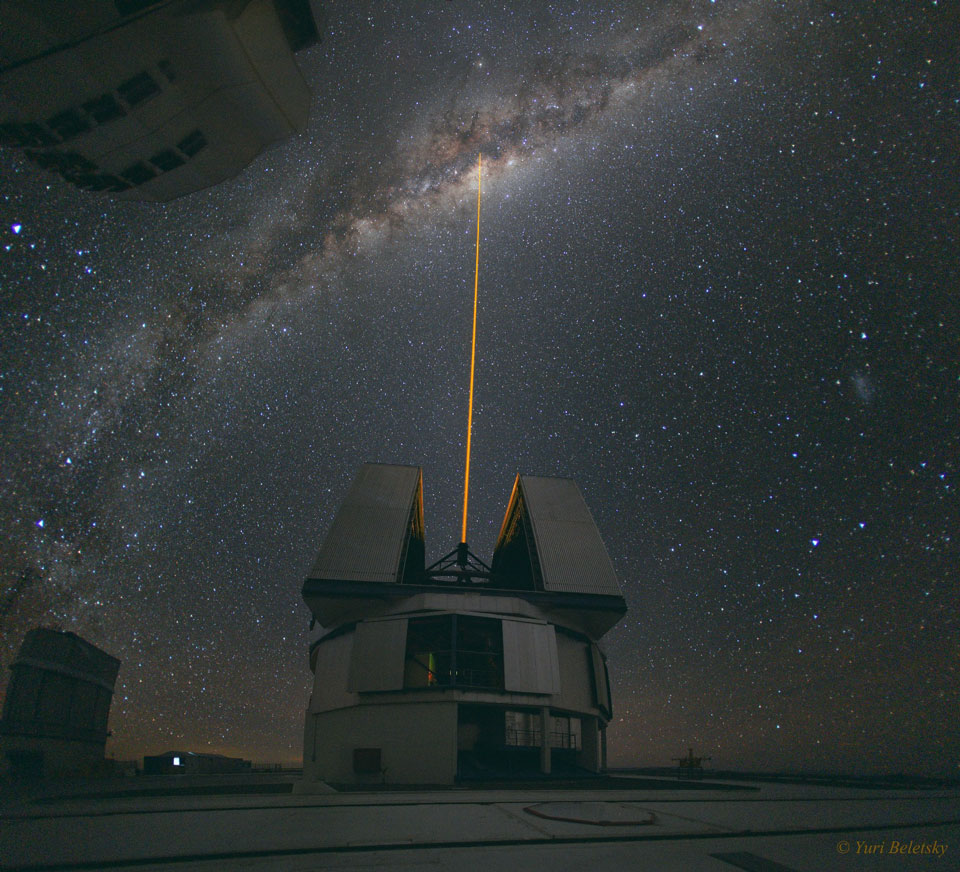 Why are these people shooting a powerful laser into the center of our Galaxy? Fortunately, this is not meant to be the first step in a Galactic war. Rather, astronomers at the Very Large Telescope (VLT) site in Chile are trying to measure the distortions of Earth’s ever changing atmosphere. Constant imaging of high-altitude atoms excited by the laser — which appear like an artificial star — allow astronomers to instantly measure atmospheric blurring. This information is fed back to a VLT telescope mirror which is then slightly deformed to minimize this blurring. In this case, a VLT was observing our Galaxy’s center, and so Earth’s atmospheric blurring in that direction was needed. As for inter-galaxy warfare, when viewed from our Galaxy’s center, no casualties are expected. In fact, the light from this powerful laser would combine with light from our Sun to together appear only as bright as a faint and distant star.

from NASA https://go.nasa.gov/2R8zp7e
via IFTTT