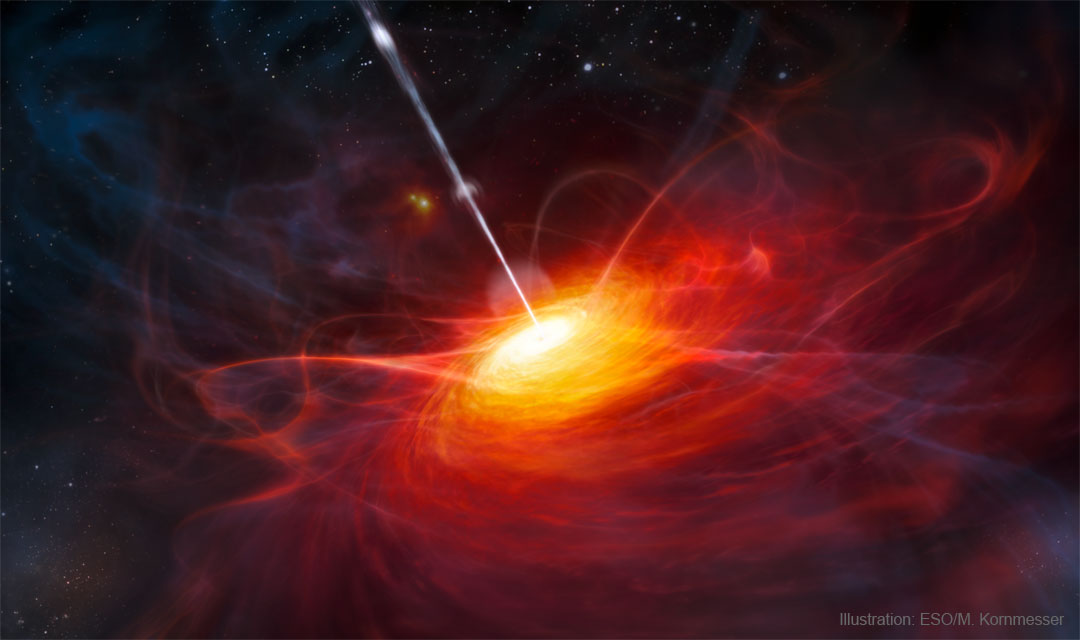 What did the first quasars look like? The nearest quasars are now known to involve supermassive black holes in the centers of active galaxies. Gas and dust that falls toward a quasar glows brightly, sometimes outglowing the entire home galaxy. The quasars that formed in the first billion years of the universe are more mysterious, though. Featured, recent data has enabled an artist’s impression of an early-universe quasar as it might have been: centered on a massive black hole, surrounded by sheets of gas and an accretion disk, and expelling a powerful jet. Quasars are among the most distant objects we see and give humanity unique information about the early and intervening universe. The oldest quasars currently known are seen at just short of redshift 8 — only 700 million years after the Big Bang — when the universe was only a few percent of its current age.

from NASA https://ift.tt/VZF8KBD
via IFTTT