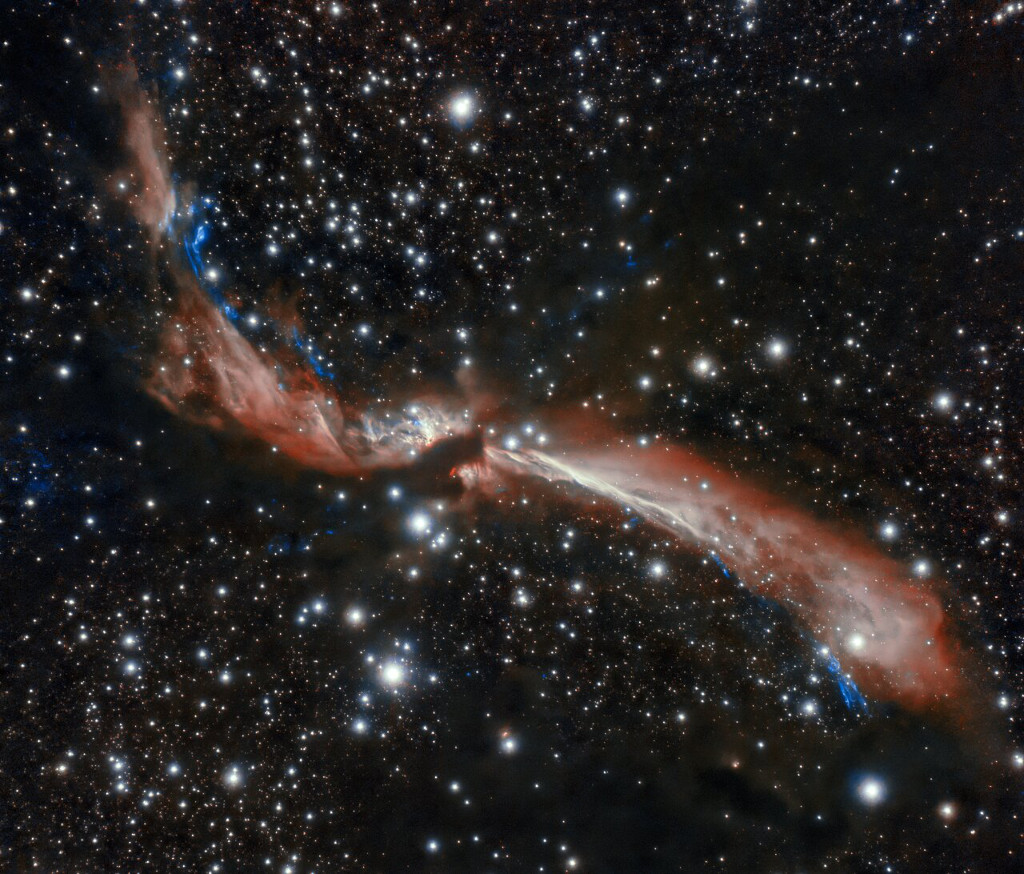 Laser guide stars and adaptive optics sharpened this stunning ground-based image of stellar jets from the Gemini South Observatory, Chilean Andes, planet Earth. These twin outflows of MHO 2147 are from a young star in formation. It lies toward the central Milky Way and the boundary of the constellations Sagittarius and Ophiuchus at an estimated distance of some 10,000 light-years. At center, the star itself is obscured by a dense region of cold dust. But the infrared image still traces the sinuous jets across a frame that would span about 5 light-years at the system’s estimated distance. Driven outward by the young rotating star, the apparent wandering direction of the jets is likely due to precession. Part of a multiple star system, the young star’s rotational axis would slowly precess or wobble like a top under the gravitation influence of its nearby companions.

from NASA https://ift.tt/3tIP8fl
via IFTTT