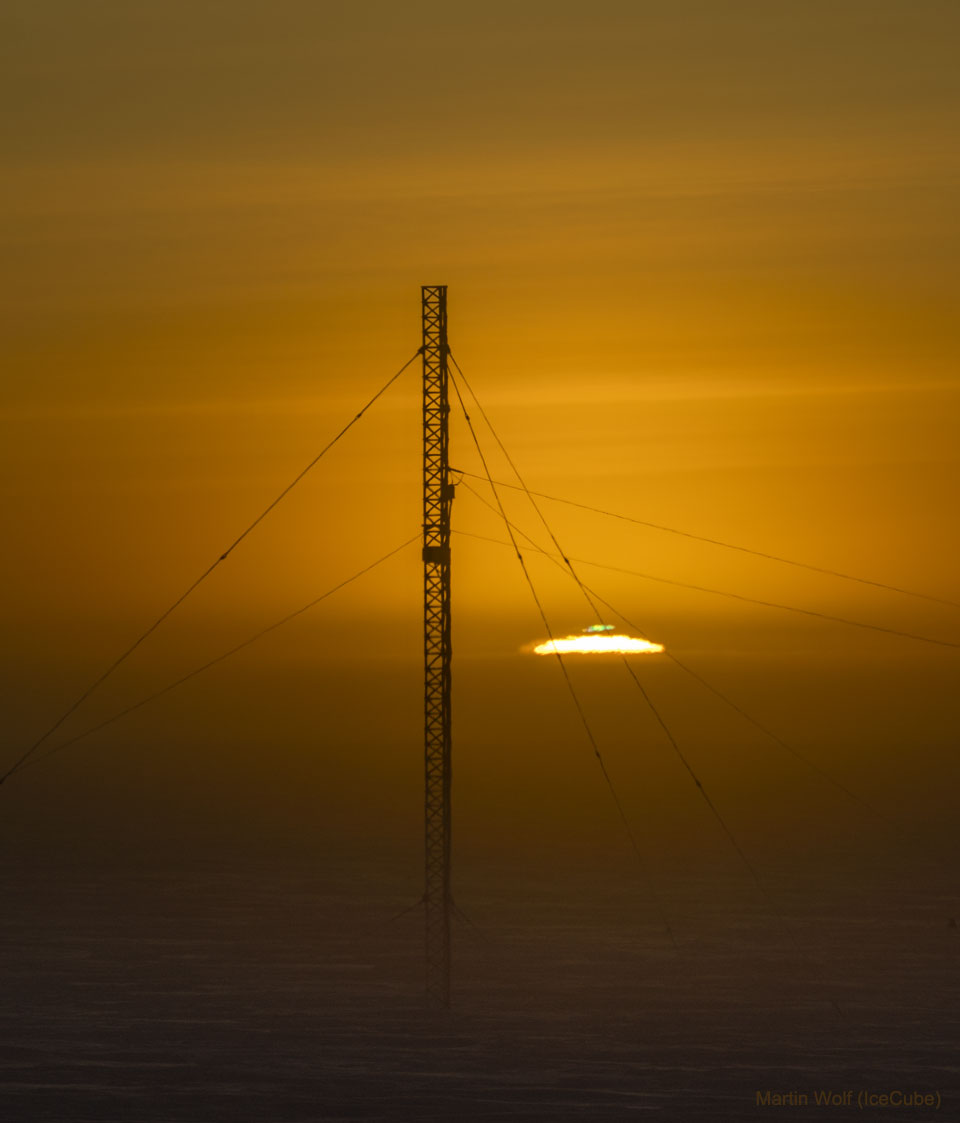 Sunrise at the South Pole is different. Usually a welcome sight, it follows months of darkness — and begins months of sunshine. At Earth’s poles, it can take weeks for the Sun to rise, in contrast with just minutes at any mid-latitude location. Sunrise at a pole is caused by the tilt of the Earth as it orbits the Sun, not by the rotation of the Earth. Although at a pole, an airless Earth would first see first Sun at an equinox, the lensing effect of the Earth’s atmosphere and the size of the solar disk causes the top of the Sun to appear about two-weeks early. Pictured two weeks ago, the Sun peaks above the horizon of a vast frozen landscape at Earth’s South Pole. The true South Pole is just a few meters to the left of the communications tower. This polar sunrise capture was particularly photogenic as the Sun appeared capped by a green flash.

from NASA https://ift.tt/2Yfg5tu
via IFTTT