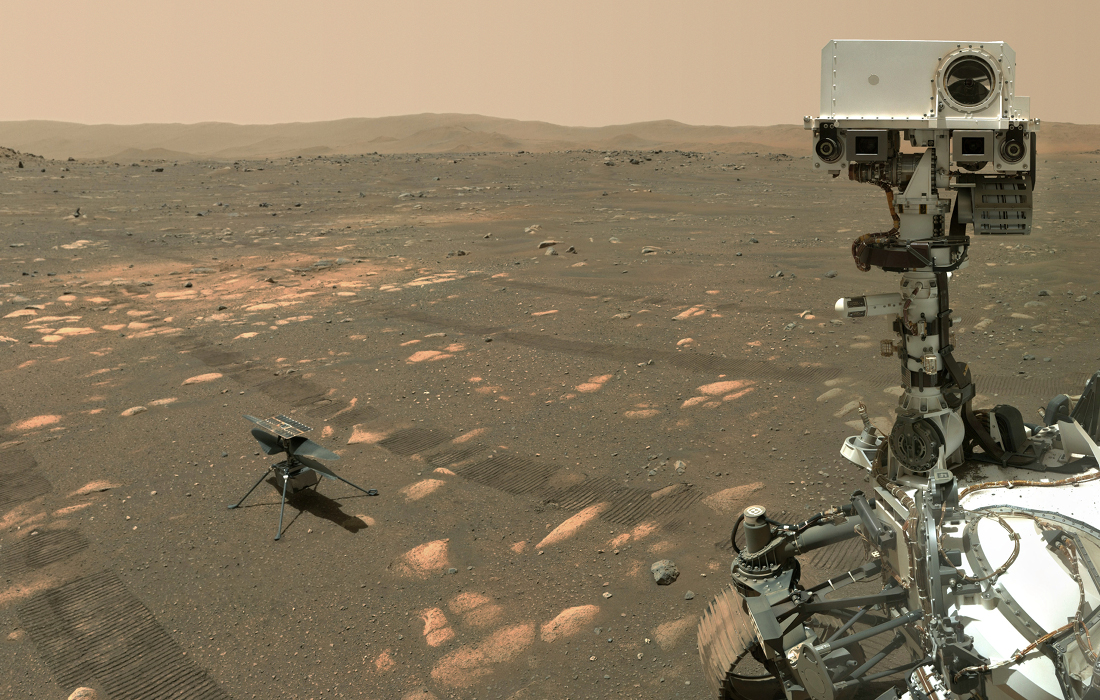 On sol 46 (April 6, 2021) the Perseverance rover held out a robotic arm to take its first selfie on Mars. The WATSON camera at the end of the arm was designed to take close-ups of martian rocks and surface details though, and not a quick snap shot of friends and smiling faces. In the end, teamwork and weeks of planning on Mars time was required to program a complex series of exposures and camera motions to include Perseverance and its surroundings. The resulting 62 frames were composed into a detailed mosiac, one of the most complicated Mars rover selfies ever taken. In this version of the selfie, the rover’s Mastcam-Z and SuperCam instruments are looking toward WATSON and the end of the rover’s outstretched arm. About 4 meters (13 feet) from Perseverance is a robotic companion, the Mars Ingenuity helicopter.

from NASA https://ift.tt/2U9kGeJ
via IFTTT