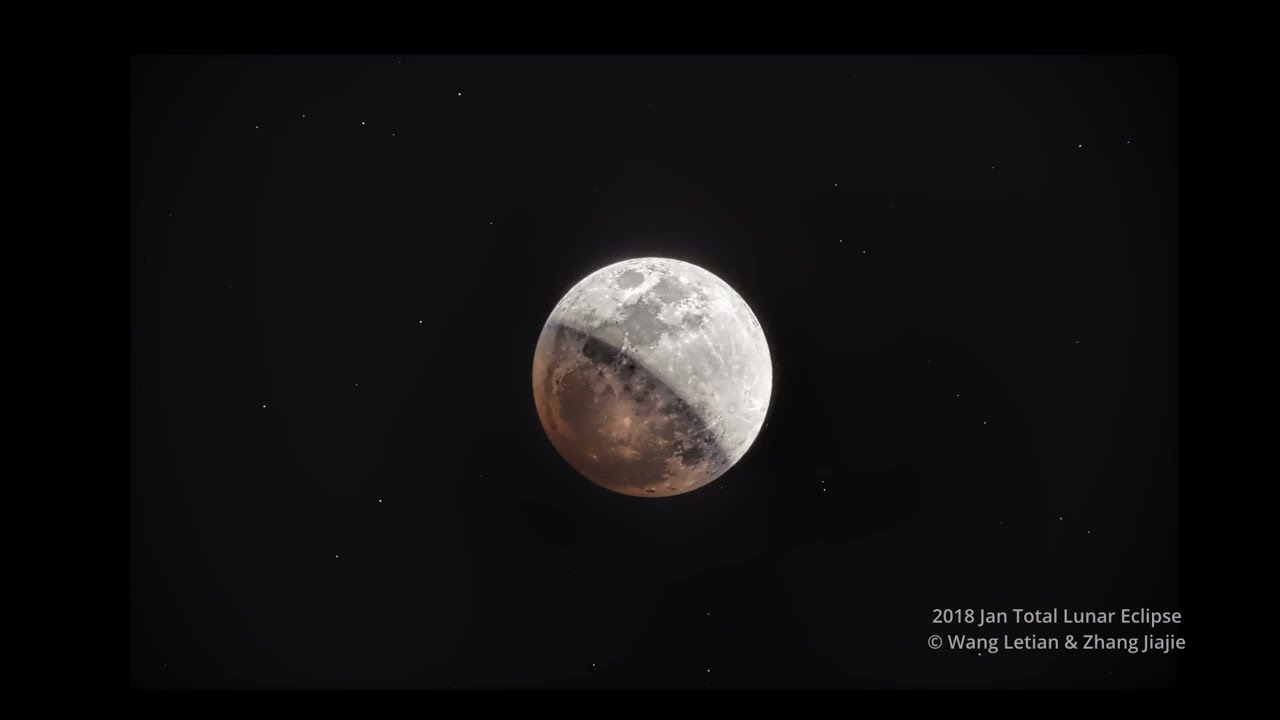 How does the Moon’s appearance change during a total lunar eclipse? The featured time-lapse video was digitally processed to keep the Moon bright and centered during the 5-hour eclipse of 2018 January 31. At first the full moon is visible because only a full moon can undergo a lunar eclipse. Stars move by in the background because the Moon orbits the Earth during the eclipse. The circular shadow of the Earth is then seen moving across the Moon. The light blue hue of the shadow’s edge is related to why Earth’s sky is blue, while the deep red hue of the shadow‘s center is related to why the Sun appears red when near the horizon. Tomorrow, people living from southeast Asia, across the Pacific, to the southwest Americas may get to see a Blood Supermoon Total Lunar Eclipse. Here the term blood refers to the (likely) red color of the fully eclipsed Moon, while the term supermoon indicates the Moon’s slightly high angular size — due to being relatively close to the Earth in its slightly elliptical orbit.

from NASA https://ift.tt/2Sjoc5j
via IFTTT