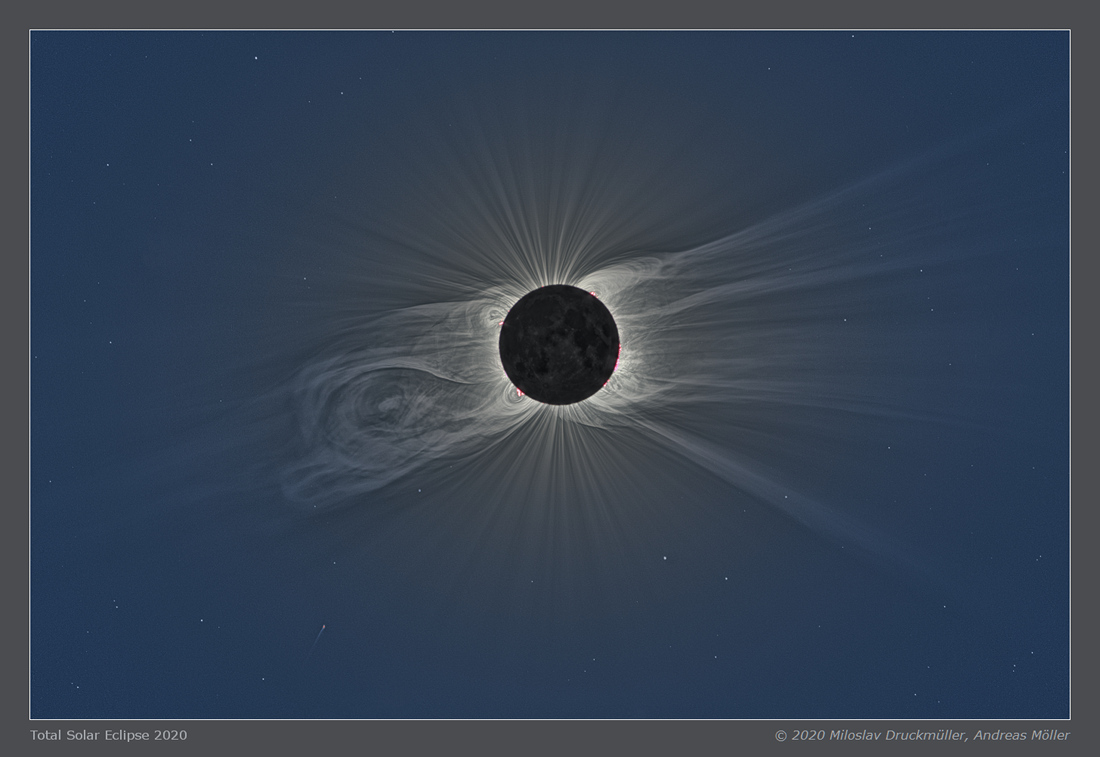 Along a narrow path crossing southern South America through Chile and Argentina, the final New Moon of 2020 moved in front of the Sun on December 14 in the year’s only total solar eclipse. Within about 2 days of perigee, the closest point in its elliptical orbit, the New Moon’s surface is faintly lit by earthshine in this dramatic composite view. The image is a processed composite of 55 calibrated exposures ranging from 1/640 to 3 seconds. Covering a large range in brightness during totality, it reveals the dim lunar surface and faint background stars, along with planet-sized prominences at the Sun’s edge, an enormous coronal mass ejection, and sweeping coronal structures normally hidden in the Sun’s glare. Look closely for an ill-fated sungrazing Kreutz family comet (C/2020 X3 SOHO) approaching from the lower left, at about the 7 o’clock position. In 2021 eclipse chasers will see an annular solar eclipse coming up on June 10. They’ll have to wait until December 4 for the only total solar eclipse in 2021 though. That eclipse will be total along a narrow path crossing the southernmost continent of Antarctica.

from NASA https://ift.tt/3q0DPKj
via IFTTT