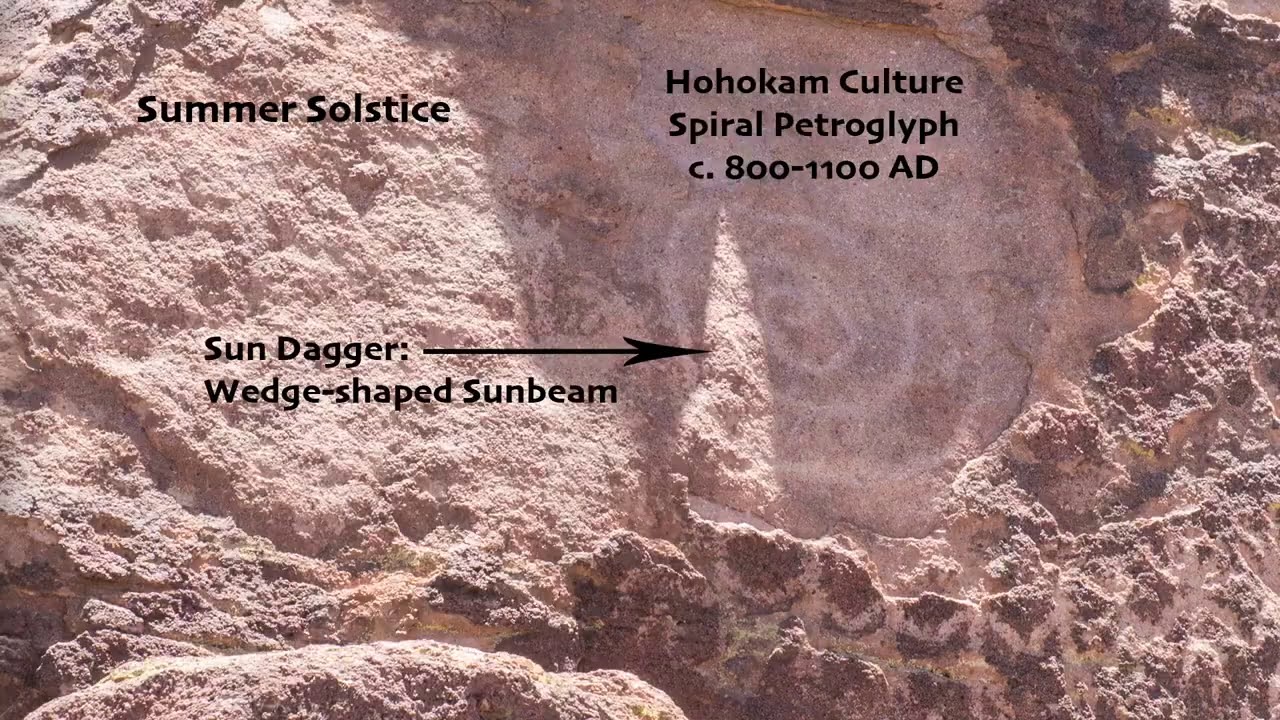 Ancient sun daggers will not hurt you, but they may tell you the time.��  A sun dagger is a dagger-shaped gap in a shadow created by sunlight streaming through�� a crevice in a nearby rock. Starting over a thousand year ago, native people of the American southwest carved spiral petroglyphs into rocks that became illuminated by sun daggers in different ways as the Sun shifts in the sky. A type of sundial, where the end of the sundagger points in the spiral at high noon (for example) indicates a time of year, possibly illuminating a solstice or equinox.��  Sun daggers are thought to have been used by Sun Priests during lone vigils with prayers and offerings.��  Of the few known, the featured video discusses the historic Picture Rocks Sun Dagger near Tucson, Arizona, USA, likely created by a Hohokam Sun Priest around 1000 AD.��

from NASA https://ift.tt/3kkonqL
via IFTTT