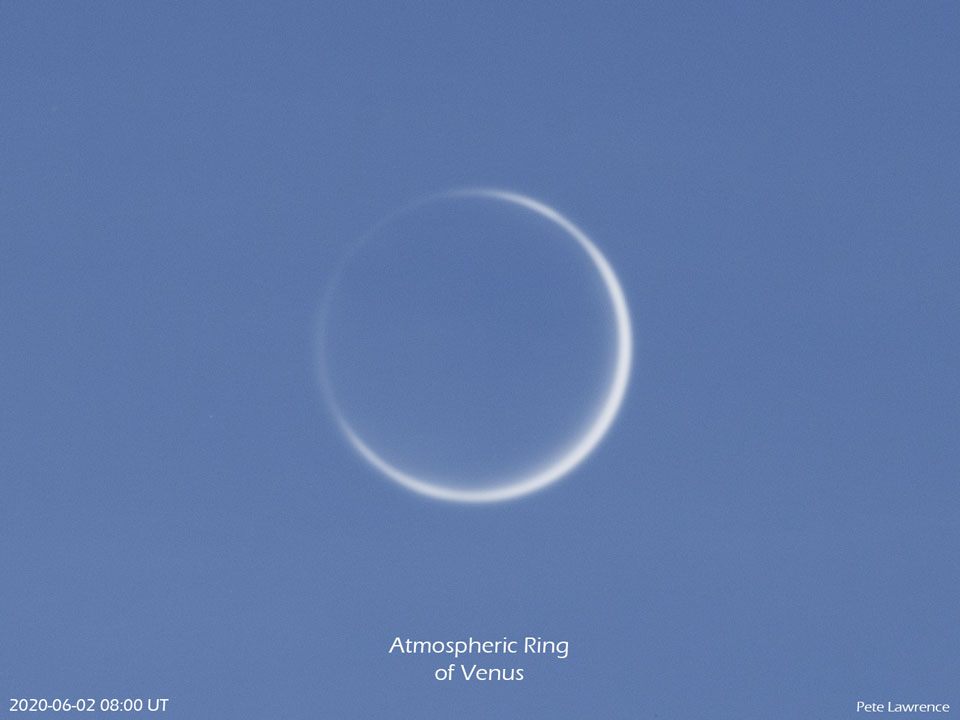 Why is Venus surrounded by a bright ring? Sometimes called a ring of fire, this rare ring is caused by the Sun’s light being visible all around an object. Usually seen around the Moon during an annular solar eclipse, the ring of fire is also visible when either Venus or Mercury cross the face of our Sun. In the featured pictured taken last week, though, Venus did not pass directly in front of the Sun — the complete atmospheric ring was caused by sunlight refracting through Venus’ thick atmosphere. Venus passed within one degree of the Sun during its inferior�� conjunction, as it moved from the evening to the morning sky.��  The extreme brightness of the nearby Sun made capturing such an image very difficult — the featured image was only made possible by using a temporary filter to block direct sunlight. The image was captured from Thorton, Leicestershire, UK. The pervasive blue sky glow indicates that the image was actually captured during the day.

from NASA https://ift.tt/3cFpGLO
via IFTTT