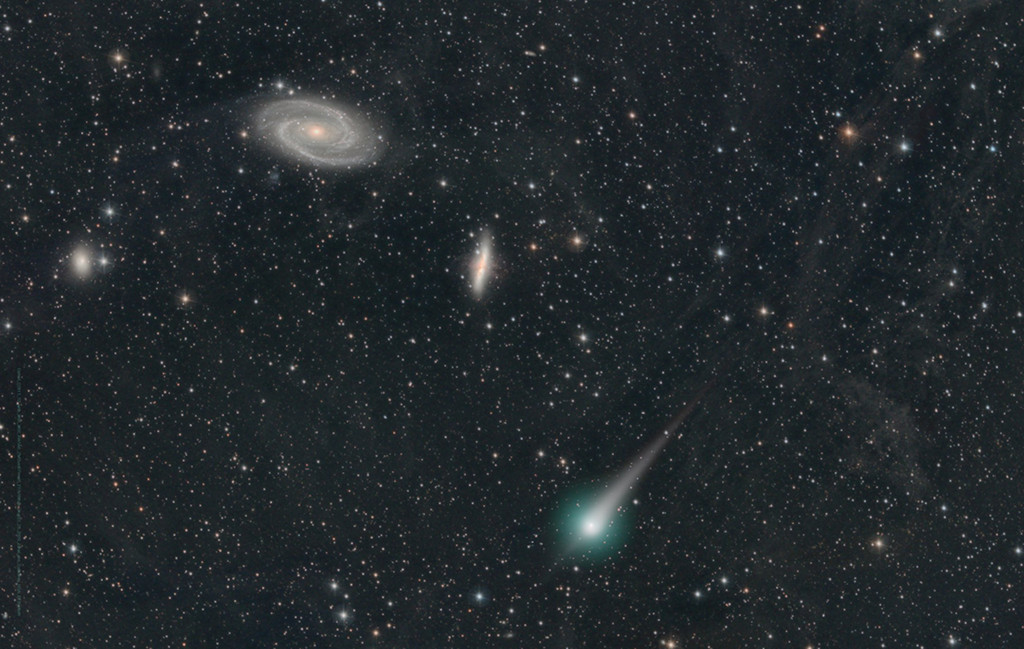 Comet PanSTARRs, C/2017 T2, shared this stunning telescopic field of view with galaxies M81 and M82 on May 22/23. Of course, the galaxies were some 12 million light-years distant and the comet about 14 light-minutes away, seen in planet Earth’s sky toward the Big Dipper. A new visitor from the Oort Cloud, this Comet PanSTARRs was discovered in 2017 by the PanSTARRs survey telescope when the comet was over 1 light-hour from the Sun, almost as distant as the orbit of Saturn. With a beautiful coma and dust tail, this comet has been a solid northern hemisphere performer for telescope wielding comet watchers this May, following its closest approach to the Sun on May 4. In this deep image from dark California skies the outbound comet even seems to develop a short anti-tail as it leaves the inner Solar System.

from NASA https://ift.tt/2UfW3dy
via IFTTT