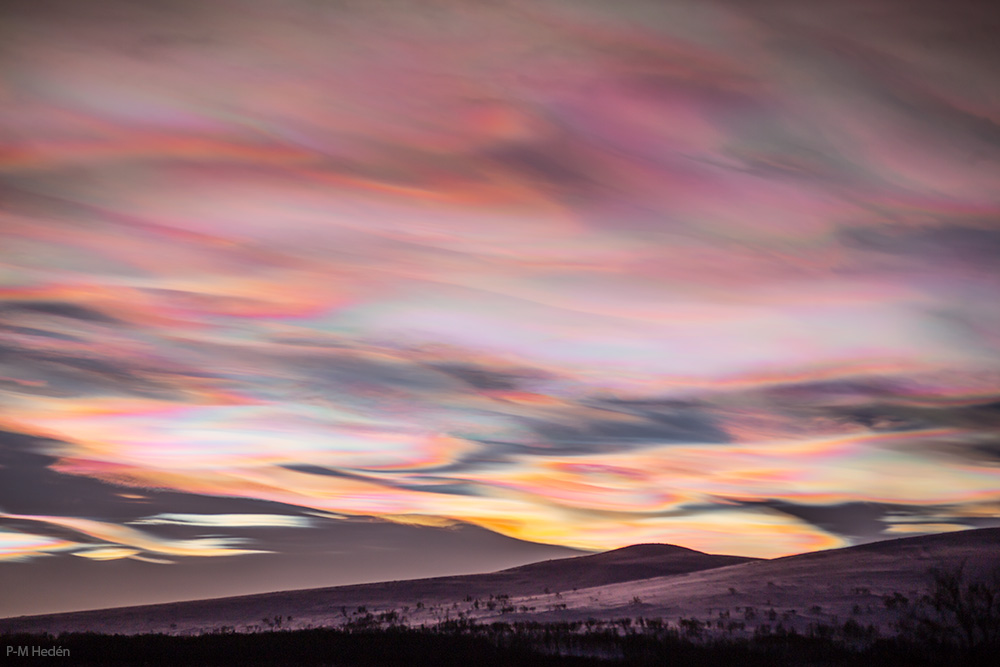 Vivid and lustrous, wafting iridescent waves of color filled this mountain and skyscape near Tanndalen, Sweden on January 3. Known as nacreous clouds or mother-of-pearl clouds, they are rare. This northern winter season they have been making unforgettable appearances at high latitudes, though. A type of polar stratospheric cloud, they form when unusually cold temperatures in the usually cloudless lower stratosphere form ice crystals. Still sunlit at altitudes of around 15 to 25 kilometers the clouds can diffract sunlight after sunset and before the dawn.

from NASA https://ift.tt/36LNsni
via IFTTT