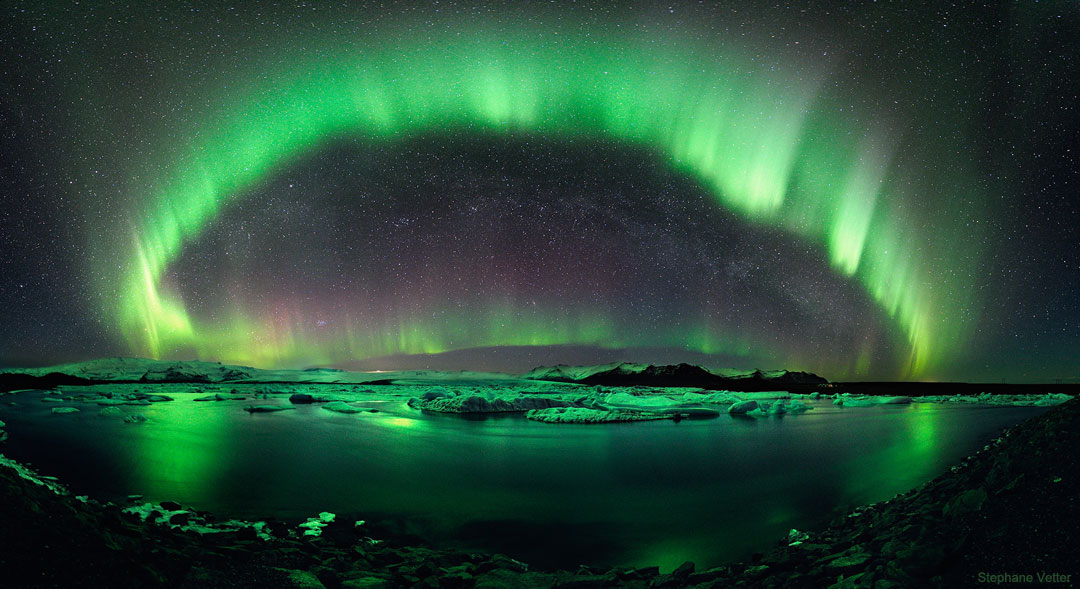 On some nights, the sky is the best show in town. On this night, the sky was not only the best show in town, but a composite image of the sky won an international competition for landscape astrophotography. The featured winning image was taken in 2011 over J��kuls��rl��n, the largest glacial lake in Iceland. The photographer combined six exposures to capture not only two green auroral rings, but their reflections off the serene lake. Visible in the distant background sky is the band of our Milky Way Galaxy and the Andromeda galaxy. A powerful coronal mass ejection from the Sun caused auroras to be seen as far south as Wisconsin, USA. As the Sun progresses away from its current low in surface activity toward a solar maximum a few years away, many more spectacular images of aurora are expected.