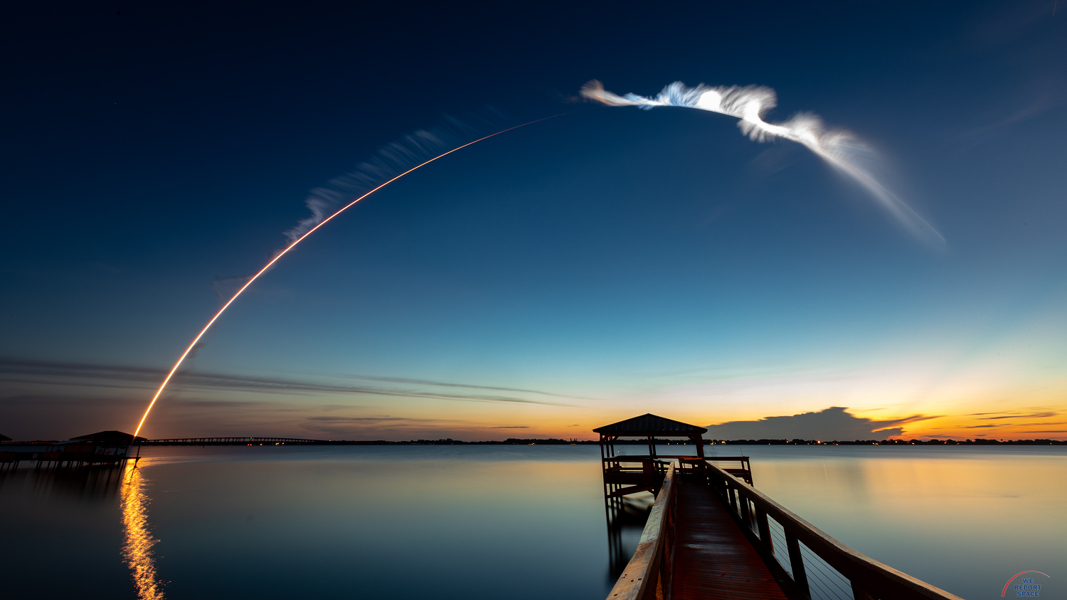 This single, 251-second long exposure follows the early flight of an Atlas V rocket on August 8, streaking eastward toward the dawn from Cape Canaveral Air Force Station, planet Earth. The launch of the United Launch Alliance rocket was at 6:13am local time. Sunrise was not until 6:48am, but the rocket’s downrange plume at altitude is brightly lit by the Sun still just below the eastern horizon. Waters of the Indian River Lagoon in Palm Shores, Forida reflect subtle colors and warming glow of the otherwise calm, predawn sky. The mighty Atlas rocket carried a military communications satellite into Earth orbit. Of course, this weekend the streaks you see in clear skies before the dawn could be Perseid Meteors.

from NASA https://ift.tt/2GYp3jj
via IFTTT