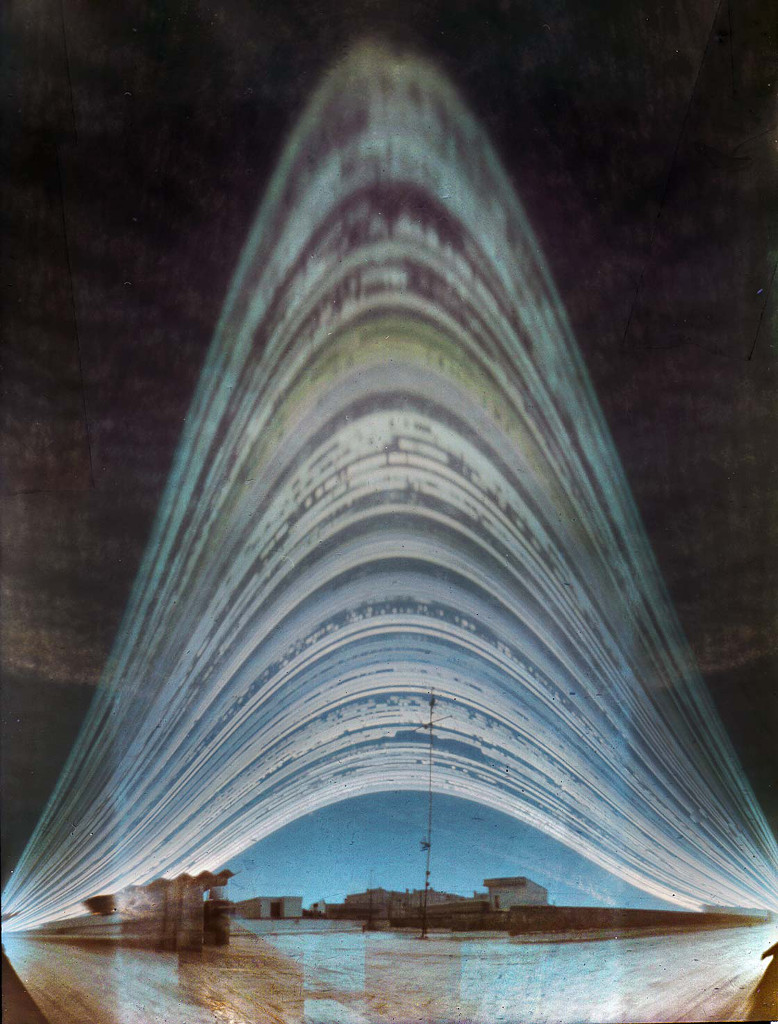 This persistent six month long exposure compresses the time from solstice to solstice (December 21, 2018 to June 16, 2019) into a single point of view. Dubbed a solargraph, the unconventional picture was recorded with a tall, tube-shaped pinhole camera using a piece of photographic paper. Fixed to a single spot at Casarano, Italy for the entire exposure, the simple camera continuously records the Sun’s daily path as a glowing trail burned into the photosensitive paper. Breaks and gaps in the trails are caused by cloud cover. At the end of the exposure, the paper was scanned to create the digital image. Of course, starting in December the Sun trails peak lower in the sky, near the northern hemisphere’s winter solstice. The trails trails climb higher as the days grow longer and the June 21st summer solstice approaches.

from NASA https://ift.tt/2Lm3xb9
via IFTTT