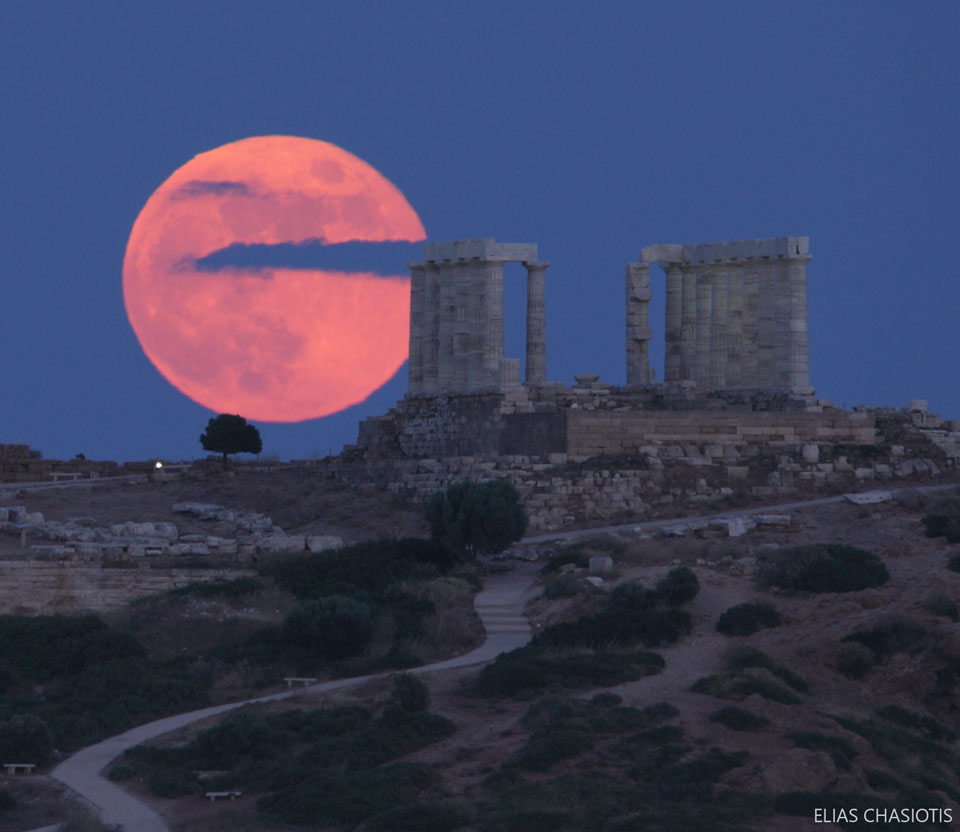 Did you see the full moon last night? If not, tonight’s nearly full moon should be almost as good. Because full moons are opposite the Sun, they are visible in the sky when the Sun is not — which should be nearly all night long tonight, clouds permitting. One nickname for June’s full moon is the Strawberry Moon, named for when wild strawberries start to ripen in parts of Earth‘s northern hemisphere. Different cultures around the globe give this full moon different names, though, including Honey Moon and Rose Moon. In the foreground of this featured image, taken yesterday in Cape Sounion, Greece, is the 2,400 year-old Temple of Poseidon. Next month will the 50th anniversary of the time humans first landed on the Moon.

from NASA https://go.nasa.gov/2KWBIWJ
via IFTTT