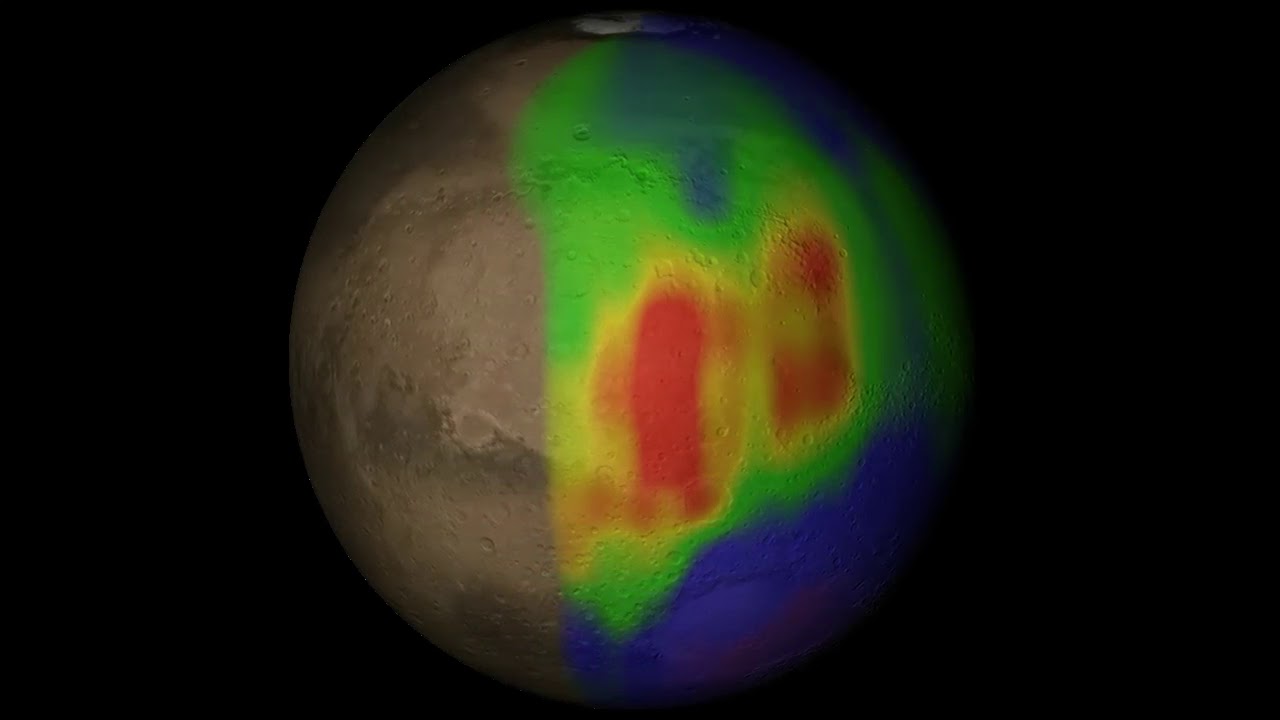 The methane mystery on Mars just got stranger. New results from ESA and Roscosmos‘ ExoMars Trace Gas Orbiter, has unexpectedly not detected methane in the atmosphere of Mars. This result follows the 2013 detection of methane by NASA‘s Curiosity rover, a result seemingly confirmed by ESA’s orbiting Mars Express the next day. The issue is so interesting because life is a major producer of methane on Earth, leading to intriguing speculation that some sort of life — possibly microbial life — is creating methane beneath the surface of Mars. Non-biological sources of methane are also possible. Pictured is a visualization of the first claimed methane plume over Mars as detected from Earth in 2003. The new non-detection of methane by the ExoMars Orbiter could mean that Mars has some unexpected way of destroying methane, or that only some parts of Mars release methane — and possibly only at certain times. As the mystery has now deepened, humanity’s scrutiny of our neighboring planet‘s atmosphere will deepen as well.

from NASA https://go.nasa.gov/2GsivZi
via IFTTT