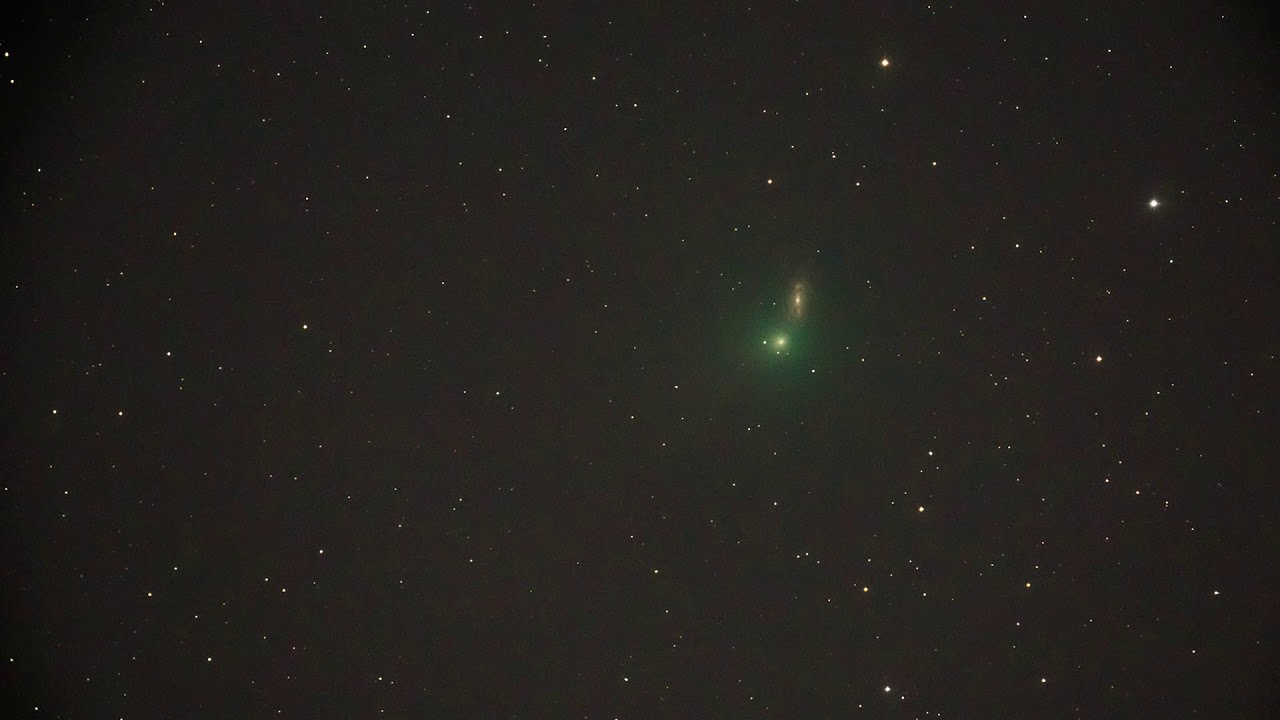 It isn’t every night that a comet passes a galaxy. Last Thursday, though, binocular comet C/2018 Y1 (Iwamoto) moved nearly in front of a spiral galaxy of approximately the same brightness: NGC 2903. Comet Iwamoto was discovered late last year and orbits the Sun in a long ellipse. It last visited the inner Solar System during the Middle Ages, around the year 648. The comet reached its closest point to the Sun — between Earth and Mars — on February 6, and its closest point to Earth a few days ago, on February 13. The featured time-lapse video condenses almost three hours into about ten seconds, and was captured last week from Switzerland. At that time Comet Iwamoto, sporting a green coma, was about 10 light minutes distant, while spiral galaxy NGC 2903 remained about 30 million light years away. Two satellites zip diagonally through the field about a third of the way through the video. Typically, a few comets each year become as bright as Comet Iwamoto.

from NASA https://go.nasa.gov/2Egfnjp
via IFTTT