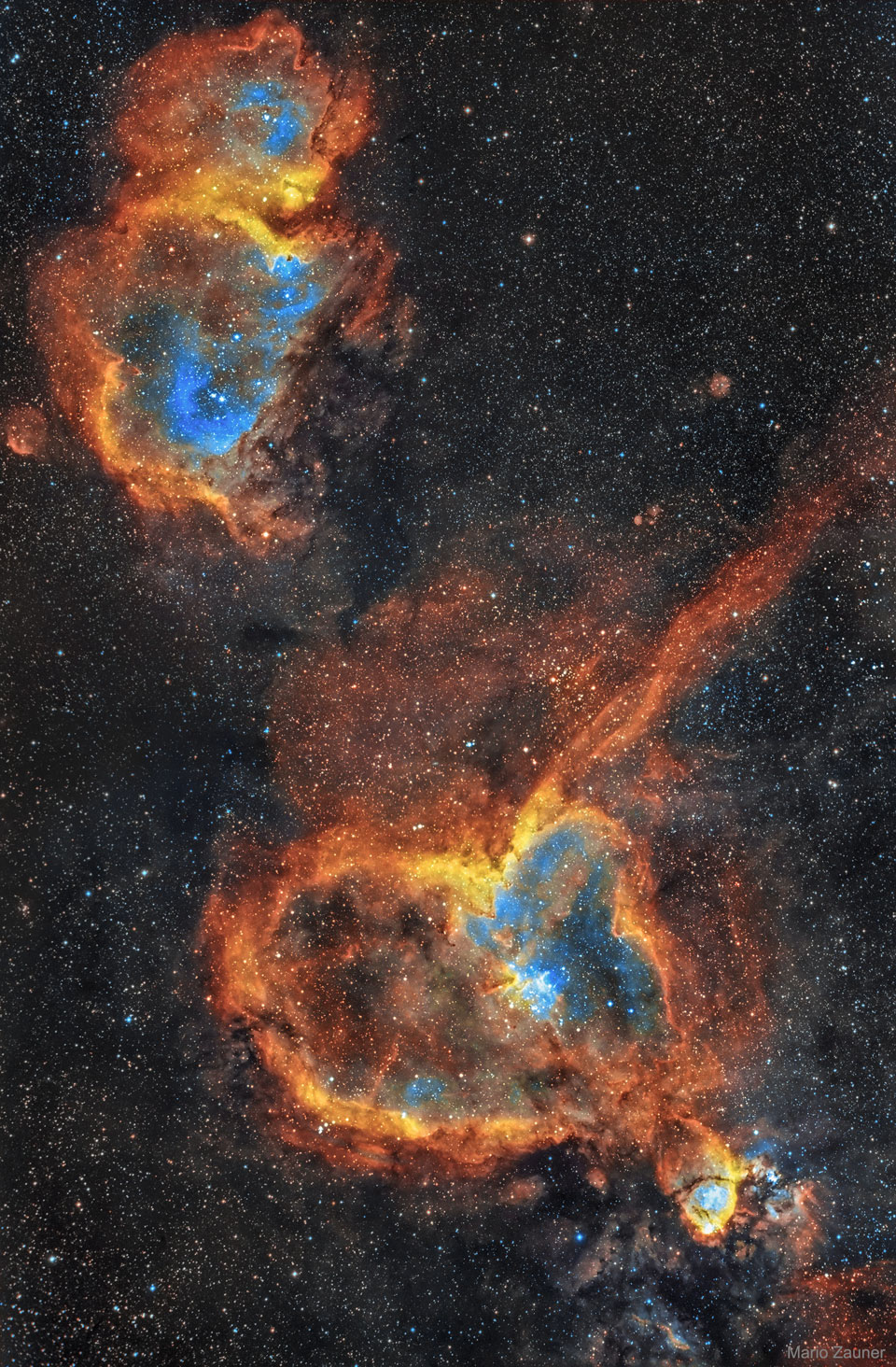 Is the heart and soul of our Galaxy located in Cassiopeia? Possibly not, but that is where two bright emission nebulas nicknamed Heart and Soul can be found. The Heart Nebula, officially dubbed IC 1805 and visible in the featured image on the bottom right, has a shape reminiscent of a classical heart symbol. The Soul Nebula is officially designated IC 1871 and is visible on the upper left. Both nebulas shine brightly in the red light of energized hydrogen. Also shown in this three-color montage is light emitted from sulfur, shown in yellow, and oxygen, shown in blue. Several young open clusters of stars are visible near the nebula centers. Light takes about 6,000 years to reach us from these nebulas, which together span roughly 300 light years. Studies of stars and clusters like those found in the Heart and Soul Nebulas have focused on how massive stars form and how they affect their environment.

from NASA https://go.nasa.gov/2H9XMwQ
via IFTTT