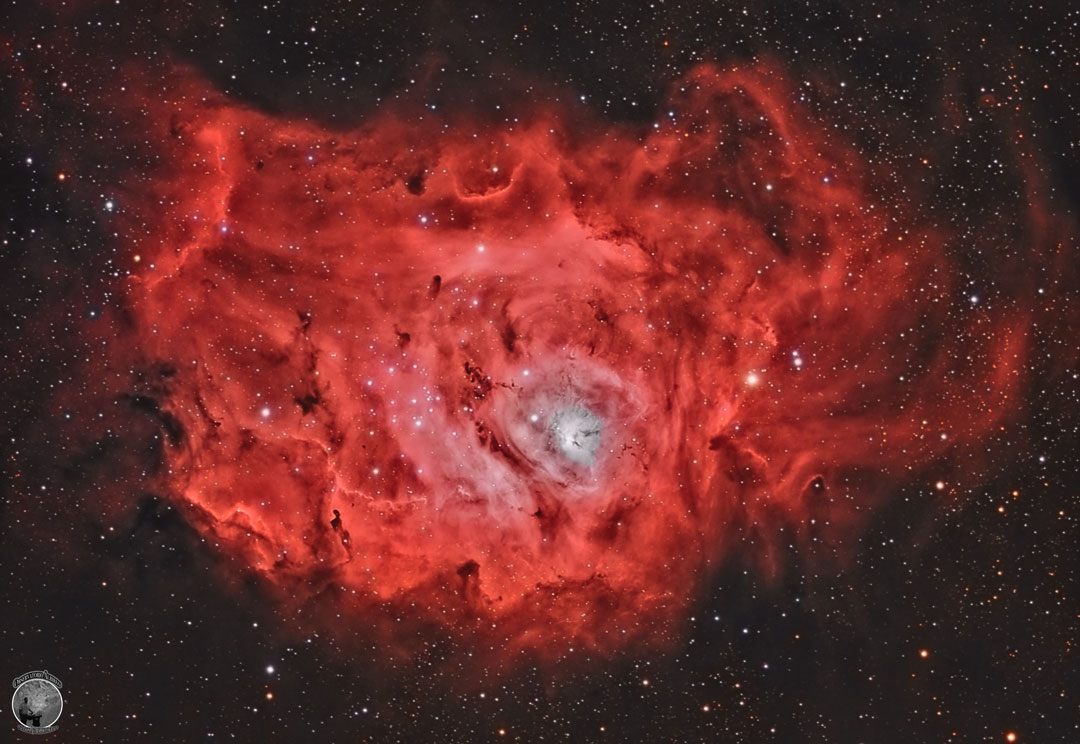 The majestic Lagoon Nebula is filled with hot gas and the home for many young stars. Spanning 100 light years across while lying only about 5000 light years distant, the Lagoon Nebula is so big and bright that it can be seen without a telescope toward the constellation of the Archer (Sagittarius). Many bright stars are visible from NGC 6530, an open cluster that formed in the nebula only several million years ago. The greater nebula, also known as M8 and NGC 6523, is named “Lagoon” for the band of dust seen to the left of the open cluster’s center. The featured image was taken in three colors with details are brought out by light emitted by Hydrogen Star formation continues in the Lagoon Nebula as witnessed by the many dark dust-laden globules that exist there.

from NASA https://ift.tt/2FkNYz9
via IFTTT