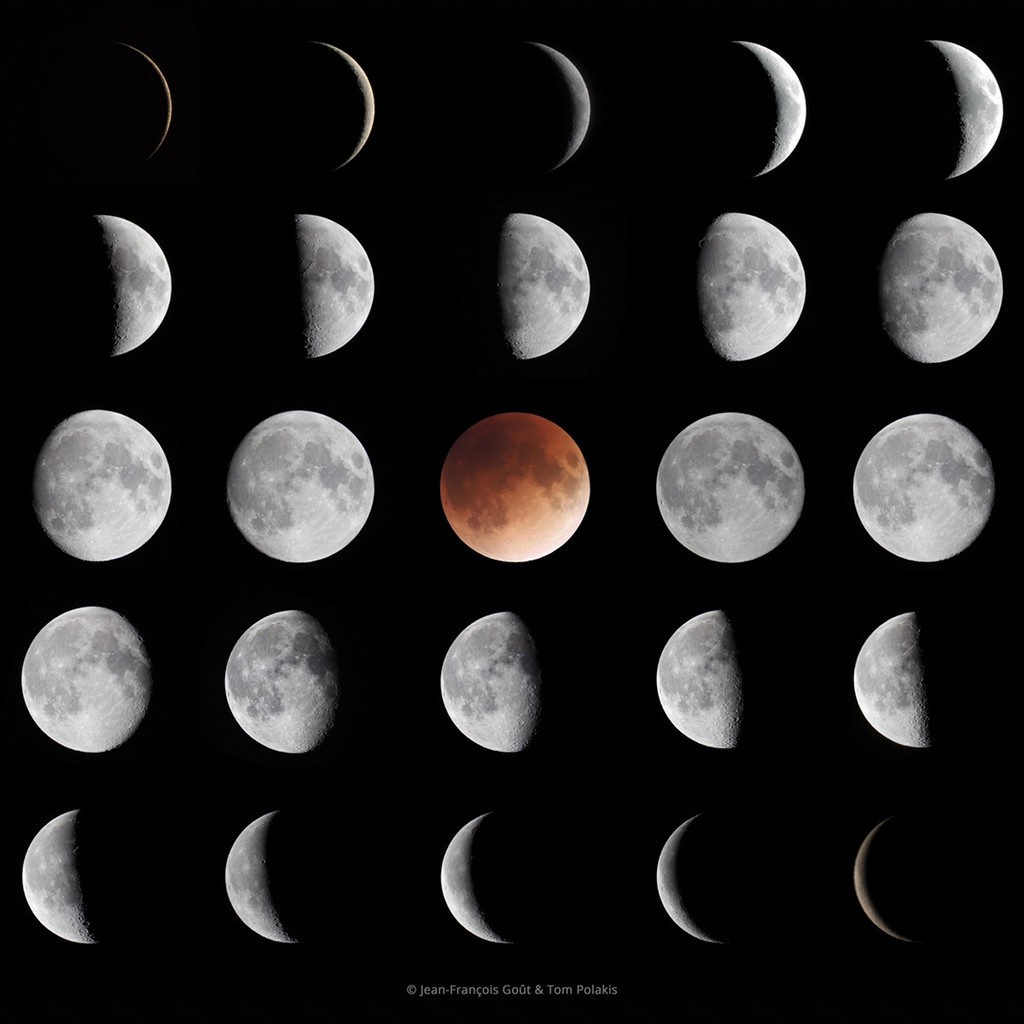 Look at the Moon every night and its visible sunlit portion gradually changes. In phases progressing from New Moon to Full Moon to New Moon again, a lunar cycle or lunation is completed in about 29.5 days. Top left to bottom right, these frames show the range of lunar phases for 25 consecutive nights beginning on January 18, following an almost complete lunation. They skip the 2 days just after and 2 days before New Moon, when the lunar phase is at best a narrow crescent, close to the Sun and really hard to see. Of course, mostly clear Arizona night skies and a little help from a friend were required to complete this lunar cycle project, imaging in early evening for the first half and late evening and early morning for the second half of the lunation. For extra credit, the cycle was centered on the Full Moon of January 31. That was the second Full Moon in January, when the Moon was near lunar orbit perigee and took on reddish hues during a total lunar eclipse.

from NASA http://ift.tt/2FvmdzH
via IFTTT